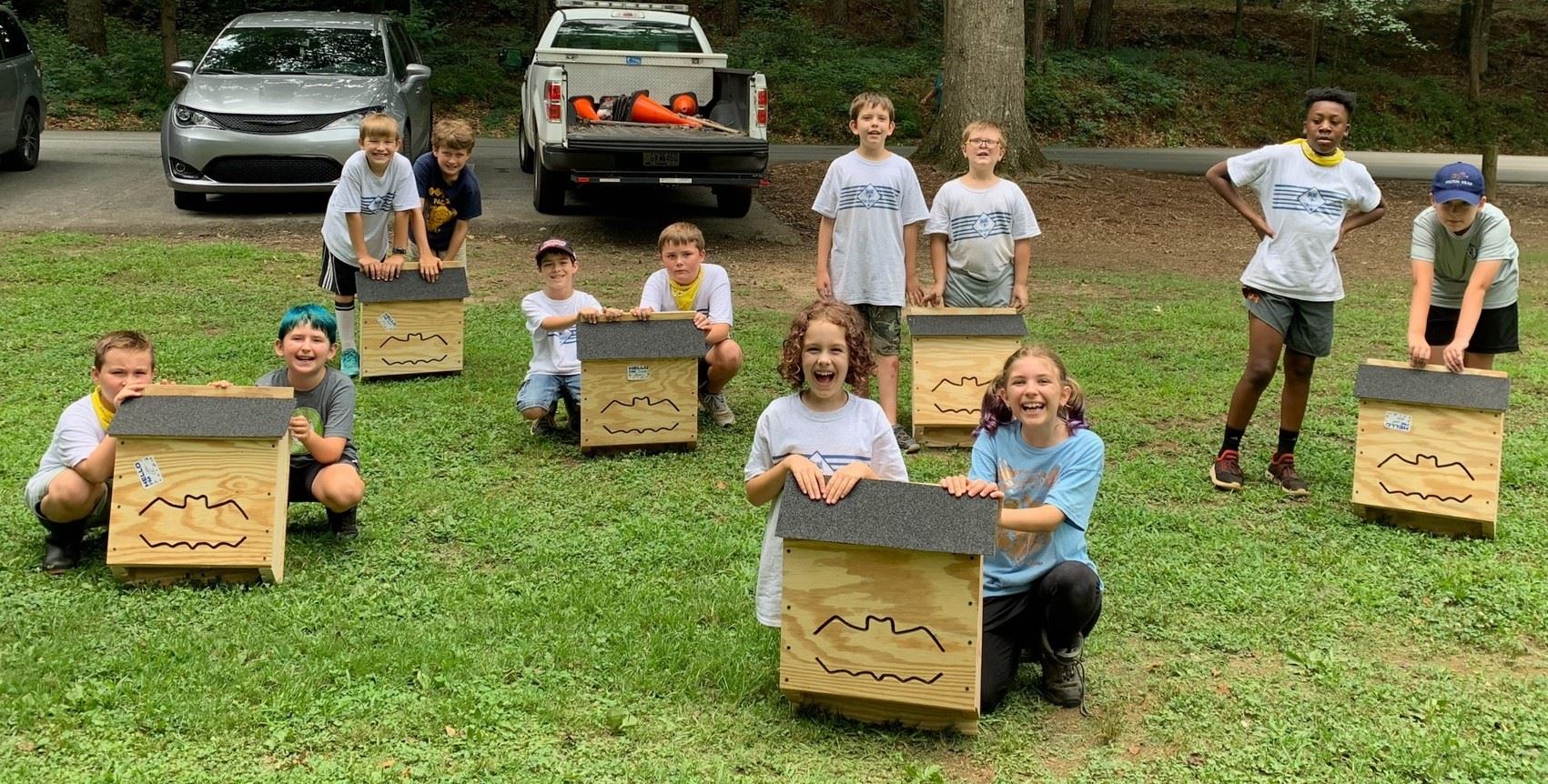 ment of Natural Resources. In addition to the bat houses, gardens have been planted to provide a food source for the bats. The grant also provided funding to erect educational signage that will raise awareness among the community of the challenges bats’ face and address the opportunities for supporting the bats’ needs while also sharing the benefits to citizens through the reduction of disease.

According to the National Wildlife Federation, bats are very good pest exterminators. “Many bats eat LOTS of bugs! By doing this, bats reduce the amount of pesticides farmers need to use (less pesticides polluting the environment), and they reduce the amount of produce damaged by pests which means more food for us! Scientists estimate that bats in the U.S. have saved consumers more than $54 billion in pest control services every year. Bats have been documented eating bugs that attack pecans, almonds, rice, cotton, corn, coffee, sugarcane, tomatoes, cucumbers, and beans.” 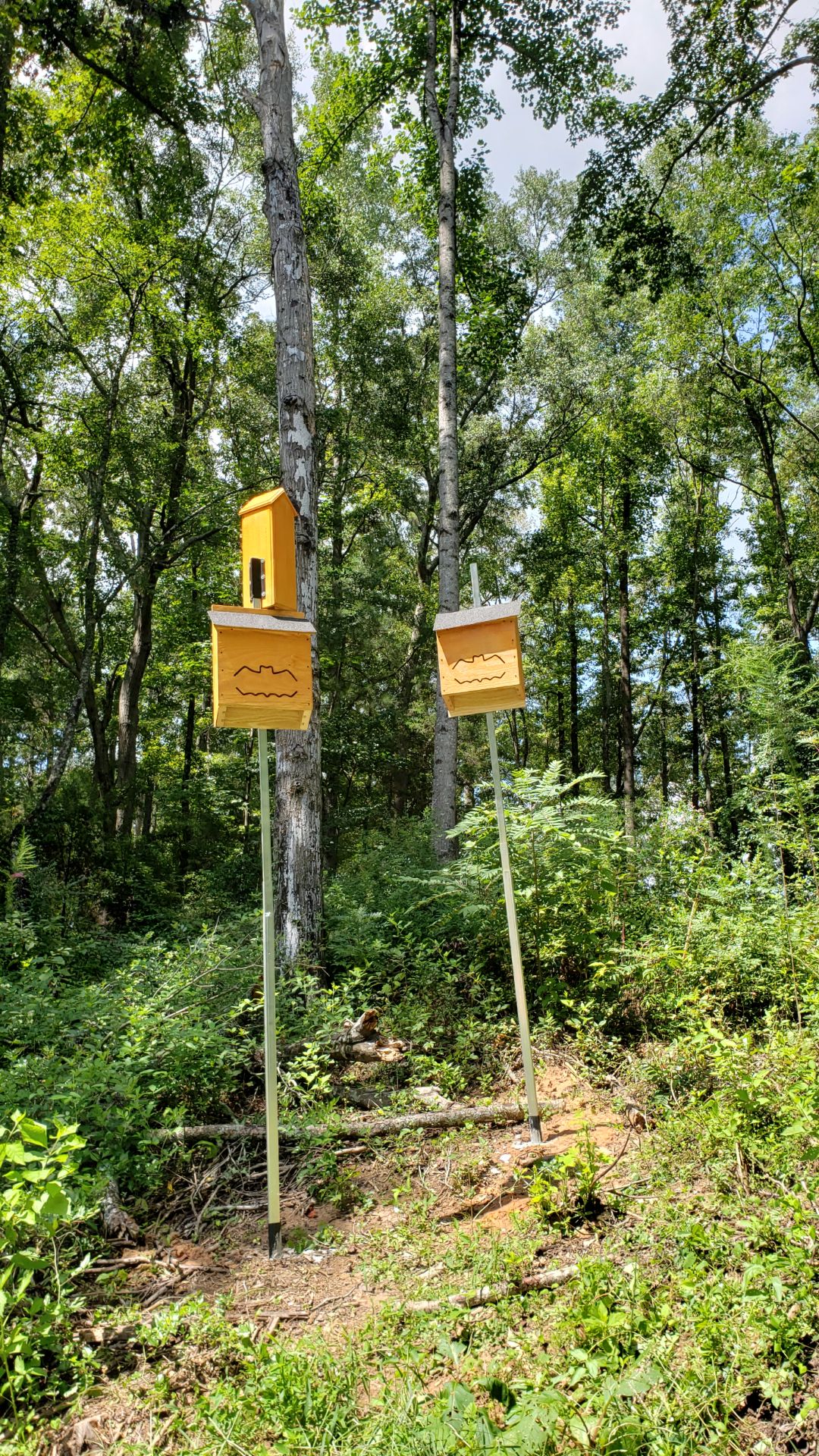 A total of 30 plants of blue, yellow, and pink perrenials and pink muhly grass have been planted in mini-garden plots near each of the three bat house locations in the park.

Signage selected for this project included a ~3.5’ x 6’ recycled plastic message board with an enclosed case that will feature a map of the park showing the bat house locations and a laminated “Bats of Georgia” poster. There will also be a 24” x 24” aluminum sign centered under the case of the message board that will provide information about this DNR Wildlife Grant. In addition, one of the below 16” x 16” aluminum signs will be placed at each of the three (3) bat house locations and provide additional educational information about bats, their habitats, their benefits, how bats may be protected, and feature QR codes for park patrons to access. 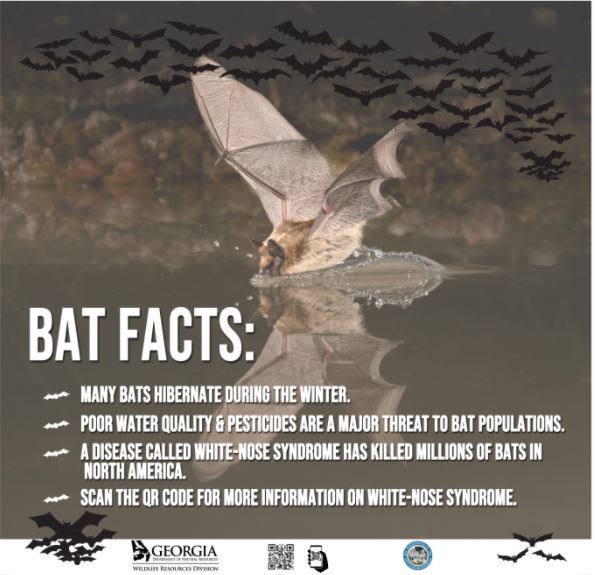 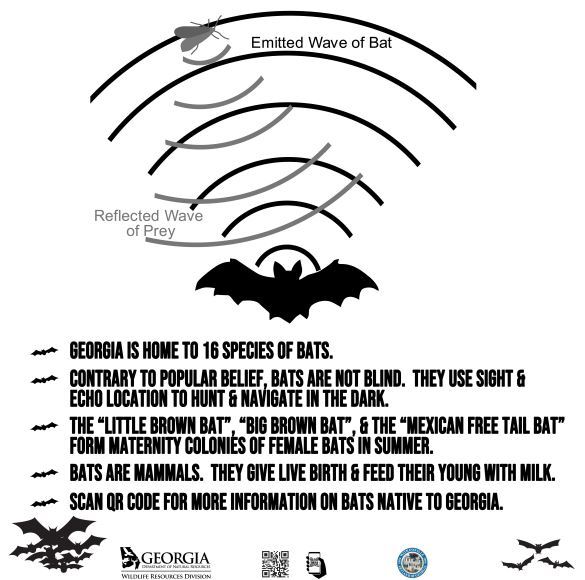 The following two bat tours have been scheduled:

Who May Attend: General Public